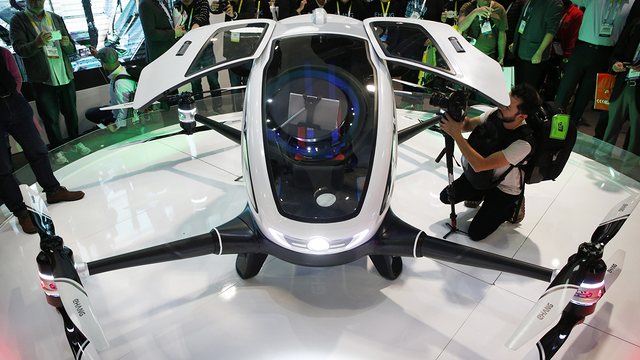 The world’s first passenger drone capable of autonomously carrying a person in the air for 23 minutes has been given clearance for testing in Nevada.
Chinese firm Ehang, which unveiled the electric Ehang 184 passenger drone at CES in Las Vegas in January, has partnered with the Nevada Institute for Autonomous Systems (NIAS) and the Governor’s Office of Economic Development (Goed) to put the drone through testing and regulatory approval.
Tom Wilczek, Goed’s aerospace and defence specialist said: “The State of Nevada, through NIAS, will help guide Ehang through the Federal Aviation Authority (FAA) regulatory process with the ultimate goal of achieving safe flight.”
The founder and chief executive of Ehang, Huazhi Hu, said the move would lay the foundation for the 184’s commercialisation and kickstart the autonomous aerial transportation industry.
Ehang hopes to begin testing later this year and will have to prove airworthiness to
the FAA, with guidance from NIAS, before being able to operate in a wider capacity. Over the past five years, Nevada has been positioning itself as a test bed for advanced transport solutions, being one of the first states in the US to permit the testing of autonomous vehicles on public roads.
(Read - How to make easy money online? 5 Best ways!! ) 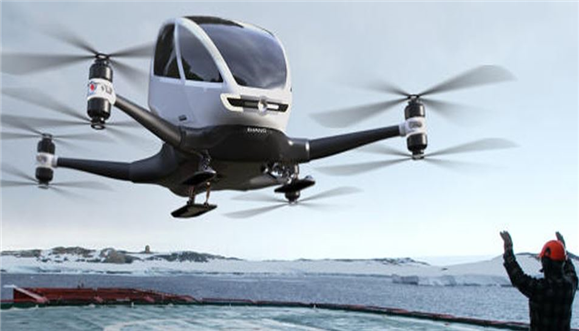 The company based in the Guangzhou province of southern China, already makes camera and hobbyist drones, but its passenger drone could be the first of its kind, capable of transporting a person via air in the same way Google’s self-driving car can via road.
The company envisages a system where by a passenger simply inputs the destination and the drone takes care of the rest, taking off vertically, flying at altitudes up to 3.5km (11,500 feet) at up to 100kmph (63mph) for up to 23 minutes using eight propellers on four arms.
Given that fully autonomous road vehicles are unlikely to be widely available until the middle of the next decade, the time when commuters can simply jump in a flying autonomous taxi drone to get to work appears to be some time off yet.
“I personally look forward to the day when drone taxis are part of Nevada’s transportation system,” said Wilczek. Whether consumers will share Wilczek’s enthusiasm remains to be seen.
Source - The guardian
GRAB SAMSUNG'S WIRELESS EARBUDS/SMARTWATCH AND LEAVE YOUR PHONE BEHIND
------------------------------------------------------------------------------------------------------
Read more- First  Creator of Facebook - Mark Zuckerberg Hacked

Posted by Alex O Connor at 05:00
Email ThisBlogThis!Share to TwitterShare to FacebookShare to Pinterest