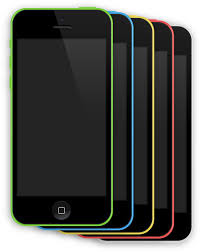 Rather than create a 4-inch iPhone 6 clone, Apple is instead said to be re-introducing the 5S as a ‘special edition’ phone.

This news comes via "9to5Mac", which reports the overall dimensions of the 5S will mostly stay the same, but the device will have upgraded internals and some design tweaks.

The new iPhone ‘5se’ (se is for ‘special edition’) is said to have the curved display glass of newer iPhones, and include an NFC chip for Apple Pay. It may also have a newer A8 chipset with M8 coprocessor, and an
8 megapixel camera around back capable of Apple’s new Live Photos feature.

The existing 5S will also be discontinued, sources claim. Additionally, the new device isn’t a soft-launch for an iPhone 7, as some have speculated. Instead, it’s meant to trail Apple’s smartphone pack for those who want a smaller device.

Happily, there’s no mention this new device will be plastic. It is said to keep the same color scheme as Apple’s existing devices: space grey, silver and rose gold. Again, we’re hearing this device will launch in March, so stay tuned.


Read- Blogger VS WordPress: Which is better? (Dilemma solved)

Posted by Alex O Connor at 08:24
Email ThisBlogThis!Share to TwitterShare to FacebookShare to Pinterest