Here’s why Google Hangouts isn’t as popular as WhatsApp, WeChat or others

Google owns the world’s most widely used mobile operating system, but hasn’t been able to churn out an instant messaging app that everyone could rely on. If you remember, it tried buying WhatsApp for $10 billion.
The deal didn’t materialize and it lost to Facebook who bought the most popular messaging app for a whopping $19 billion.

This has left Google with Hangouts, one of the most popular (rather the only) feature to emerge out Google+. But Hangouts is my favorite, find out why
Tags-Apps,Hangouts,Google,Google+,Messenger,Instant messaging app.Google+ hangouts.
Hangout is now a mix of messaging and calls, and everything in between. However, Hangouts hasn’t taken off that well. It hasn’t managed to woo the innumerous users who
use Google services, each day.

Going by the most recent figures, as of January 2015, Whatsapp has 700 million active users. WeChat is inching closer with over 500 million users. Even the newbie Hike instantly managed to get 35 million users by last August and aims at 100 million by the end of 2015. Google hasn’t disclosed how many people specifically use Hangouts each month. Its G+ registered numbers aren’t the best way to gauge the number of users who possibly use Hangouts.
Google tried to bring everything – phone calls, sms, messaging and video conferencing – in one place. But that hasn’t worked. GTalk was suddenly replaced with Hangouts and most people started finding it very confusing.Hangouts doesn't show who is online in your phone contacts list, and that is yet another drawback.  Users usually prefer to see people from their contacts list rather than their Gmail accounts.
However, that’s the differentiating factor when it comes to other messaging apps, here. There is no association with SIM, something most users are looking for in the age of smartphones.

Well, it doesn’t end here. As a product, rather Google product, it isn’t refined. For instance, even on the Play store, Google Hangouts has a rating of 3.9 equivalent to the not-so popular and comparatively new Facebook Messenger. Most messaging apps have a rating of above 4 – WhatsApp has 4.4, Line app shows 4.2 and WeChat has got 4.3 rating.
The Hangouts interface isn’t mobile friendly. It looks clunky and also appears laggy while chatting. 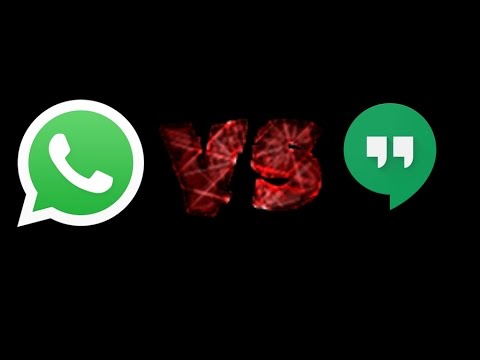 Latest in Markets Designers can now be hired to design a website for your or help you with awesome features and Graphics for your site.
You can hire them to build a New Website/Templates/Graphics/Widgets/SEO help


All you need to do is Hire Them now!!

Posted by Alex O Connor at 13:29
Email ThisBlogThis!Share to TwitterShare to FacebookShare to Pinterest